Along The Way: Singles in Color: America's smallest Post Office 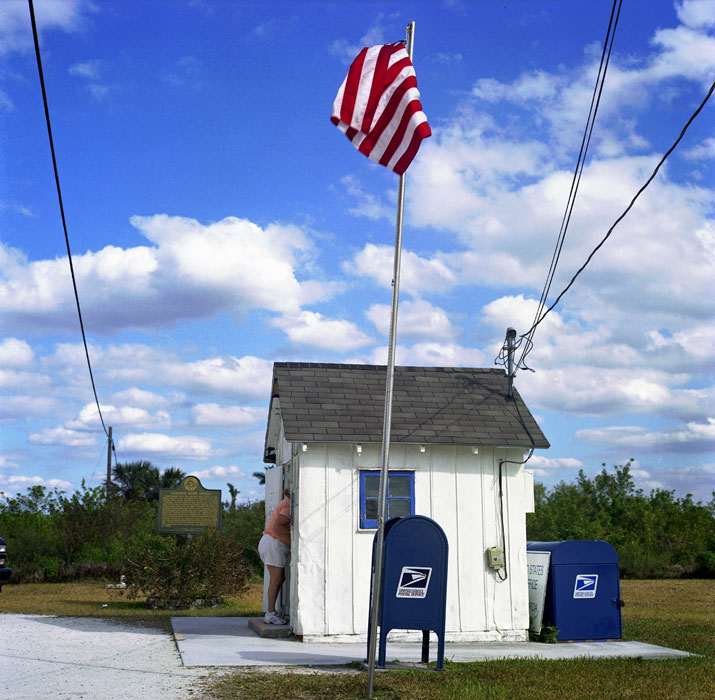 This closet-sized, 7x8-foot building used to be an irrigation pipe shed for a tomato farm. It was pressed into service after a fire destroyed the Ochopee general store -- which also housed the post office -- in 1953. The town, which sits on the edge of the Everglades, and which reportedly has a population of 11, has been happy with it ever since.