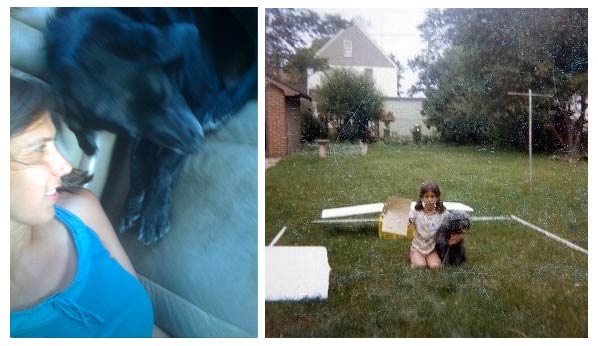 Born in Cleveland, Ohio, Erica McDonald is a photographer and educator who lives in New York City. She founded DEVELOP Photo to provide resources for the enrichment of the photojournalism, fine art and documentary photography community. Her photography is regularly commissioned for magazines nationally and internationally and has been exhibited worldwide.

Erica began working in the field of photography under the tutelage of esteemed photo dealer Joe Folberg at Vision Gallery in San Francisco, a “mini-mecca” for photographers. When the chance came for her to manage the gallery at The Maine Photographic Workshops, she was rewarded with the opportunity to learn through the company of some of photography’s greatest image makers.

Erica holds a BA in Linguistics from New York University with studies in Anthropology and Art History. After studying printmaking at the Massachusetts College of Art and working in graphic design, she returned to New York City to pursue her own photographic work. Since 2010, she has taught an annual intensive documentary photography workshop through Spazio Labo' Center of Photography. In 2011, she began teaching in Photojournalism at the Columbia University Graduate School of Journalism and joined the Advisory Committee for Rehabilitation Through Photography and the Editorial Committee at Photojournale. In 2012, McDonald co-curated the exhibit Uncommon Intimacy: Quattro fotografe e la scuola newyorchese in Bologna, Italy featuring the work of Amy Stein, Juliana Beasley, Amy Touchette and Erica McDonald, and Multimedia Night: Women in Multimedia for Arte Fiera. Erica has served as a contributing editor to the book 'Connections Across A Human Planet', a collection of photo documentary stories from around the world and has reviewed portfolios for PDN PhotoExpo / Palm Springs Photo Festival and ASMP NY. In 2013 McDonald became an Adjunct Assistant Professor at Columbia University Graduate School of Journalism and began working as a photo editor for a photobook on an African photojournalist, and became faculty at ICP. As part of The Week of Photography in Holland, Erica served as guest curator for the first edition of On Photography: Online Film Festival. In Common: A Night of Digital Storytelling, curated by McDonald and IC Visual Labs, was first presented in Bristol, UK and later as a Some Cities event at Mac Birmingham.

Continually inspired by a long line of creatives as well as by the subject and circumstance before her, McDonald believes in the importance of lineage and the narrative in photography.

McDonald's photographs have been exhibited in Australia, Romania, Italy, and France, and in New York by Photoville, PowerHouse, the Museum of the City of New York & South Street Seaport Museum, the Alice Austen House Museum, the Camera Club of New York, at Magnum photographer David Alan Harvey's burn gallery, at FotoWeek DC and at Gallery Carte Blanche in San Francisco, California. Her work has been included in projections and exhibits at the Athens Photo Festival, the Head On Photo Festival, Fovea, LOOK3, the Angkor Photo Festival, Bursa Photofest, Palm Springs Photo Festival, the FotoGrafia Festival in Rome and Slideluck. Awards and nominations include IPA/Lucies, PX3, The NY Photo Awards and the Magnum Cultural Foundation EPF, and a Lower East Side Printshop Residency.